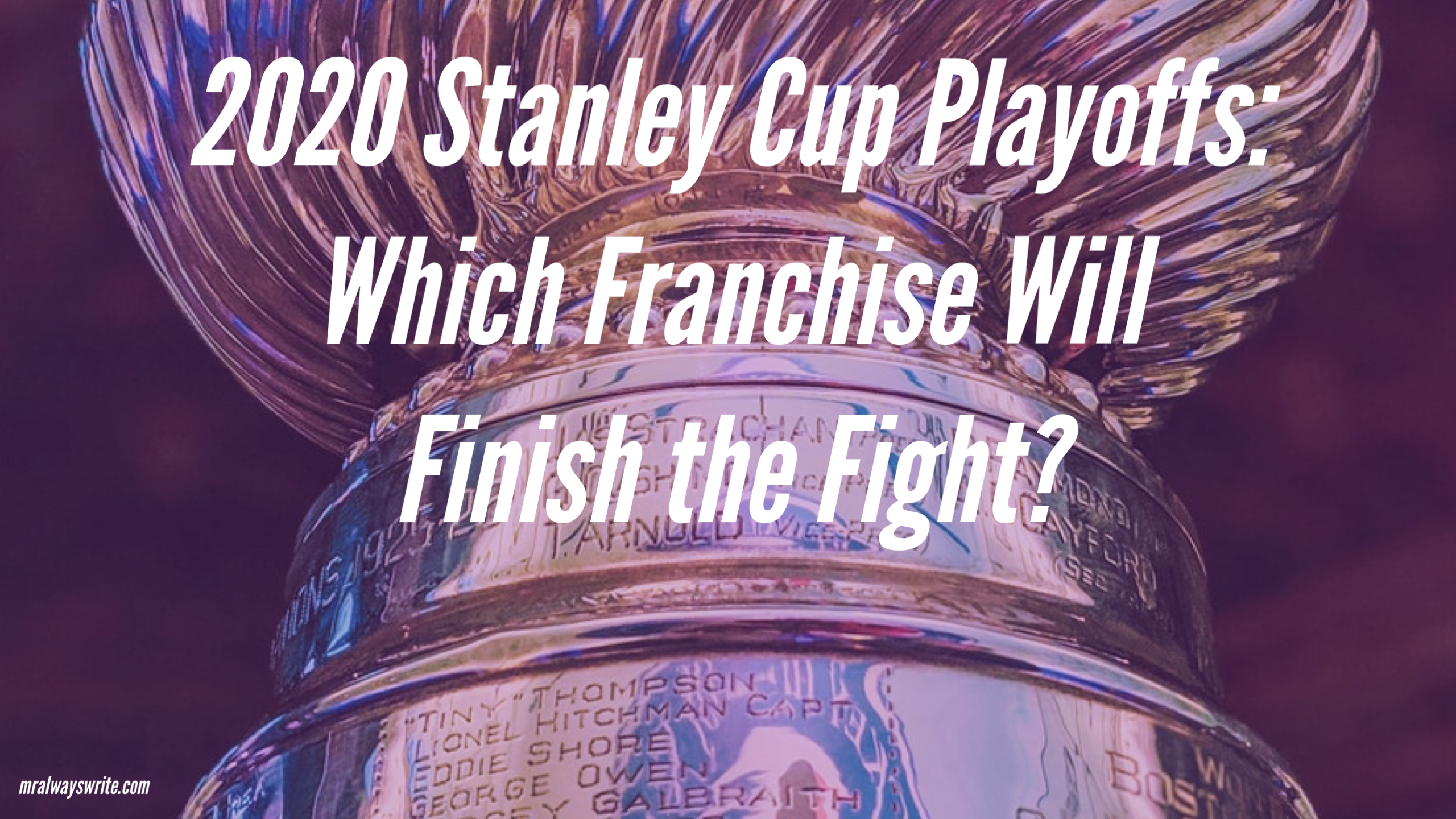 As the 2020 Stanley Cup Playoffs head into its final round, I have one shot left to end my own run on the winning side.

I’m 11-11 thus far with my predictions throughout these Stanley Cup Playoffs. Every round, I found a way to keep it as close of a battle as one possibly could. That’s not an overly impressive feat, since I was really only competing against myself.

In somewhat of a beautifully structured (yet, completely unlikely) set-up, the fate of my success these playoffs now hinges solely on the results from the Final. It’s not just about whether the Dallas Stars can cap off their Cinderella run. Or, if the Tampa Bay Lighting will finally reach the peak they’ve worked hard to climb.

I’m now faced with the ultimate sports scenario. A win or go home type situation. One chance to be crowned champion. If I correctly guess the winner of it all, I end this journey 12-11. However, if I’m wrong, I drop to 11-12. This single prediction will make the ultimate difference.

Well, I'm now 11-11 with my #StanleyCup Playoffs predictions, as the #GoBolts and #GoStars set to face off to finish it all. I have one chance left to secure a winning record. How have your guesses done, so far? #HockeyTwitterhttps://t.co/4NzPX8tfZv

Before I get to how I see this whole tournament ending, let’s take a look at my path (and that of those who actually played the games) throughout.

For anyone who’s paid any attention to what I’ve had to say these playoffs, it’s been clear that I’ve mistakenly doubted the Dallas Starts at every step. It’s not that I have a particular dislike for the organization, I just simply didn’t think they had enough to get past those who stood in their way.

Although Dallas was part of the 24-team postseason pool, they were included in the top four that had already secured their playoff spot. The Stars had a mediocre season, at best, so it didn’t initially felt like they should have been in that situation. However, they quickly made it known that they were exactly where they deserved to be.

Clearly, I’ve been wrong about the Stars. Every single round. In an attempt to own my words, as incorrect as they were in relation to each one shared about Dallas, let’s take a look at what I had to say about them to this point in the postseason.

“The Flames have reignited their passion to play while the Stars haven’t done much to impress…Flames are keeping their fire lit as they move on after a 4-2 victory.”

“Dallas has already surpassed any type of expected success, so they’re on bonus time at this point. Unfortunately for them, their play will reflect that as their goal totals dry up quickly from running into a much stronger opponent.”

“Despite the drama that continues to unfold within their crease, I think it’s safe to assume that the Golden Knights will end the unexpected push that Dallas has mustered up to this point.”

I’m ok with having predicted this one incorrectly and now being 1-1 on the round, as it was nice to see underdog #GoStars take down the favoured #GoAvsGo. #StanleyCup https://t.co/AnCajjqmYz

I’ve been more than welcoming of seeing Dallas upset those that have been in their way, even when it meant I was going to get that respective prediction wrong. However, as we get set to witness the championship round, I don’t plan on showing them the same type of flexibility with my fanfare.

Tooting Tampa’s Horn Every Round

It should come as no surprise to anyone who has paid even the slightest bit of attention that the Tampa Bay Lightning were going to come into this tournament hungry. After they followed up winning last season’s Presidents’ Trophy with being swept out of the First Round by the 8th seed, Tampa was primed to cook up a different aftertaste.

As an Atlantic Division rival of the Toronto Maple Leafs and with their recent Stanley Cup rivalry against the Chicago Blackhawks, I’m not necessary a Lighting fan. However, they’ve earned my respect over the years in witnessing what they’ve put together. I appreciate that they aren’t just a mixed bag of free agent signings to put them over the top, too.

As a direct contrast to how wrong my insights have been regarding the Stars, I’ve been backing the Lightning the whole way thus far. As open as I am to admit an error, it’s only fitting that I also take the opportunity to showcase what I got right.

“Does anyone really expect the Blue Jackets to do what they did to Tampa last playoffs, again? There is no way the Lightning are letting that happen…Lightning will strike quick and they’ll only need five games to close it out it 4-1.”

“Whereas the Lightning has just continued to strike in the same ways they’ve been known to over recent years. Attacking quickly and relentlessly, they earn the pace within every game and take it from there.”

“The Lightning’s locker room knows what it takes and they have the tools to make it so…Both teams play with speed and skill, but the Lighting will strike with more force to win the series 4-2.”

Once again, I’ve gone .500 through the round. However, I ended strong with my prediction that the #GoBolts would beat the #Isles in 6. #StanleyCup https://t.co/a1uzTIAS4Y

I’ve enjoyed seeing Tampa roll through this tournament in the way that everyone should have feared they would. Of course, it also helps that it means I’ve been right the entire time. That confidence in what they can do, let alone have already done, won’t stop now.

Putting all the pieces together, after what has arguably been the most unique Stanley Cup Playoffs in the NHL’s over 100-year history, the favourite will come out on top at the end of this one. I’ll go so far as to forewarn that I won’t be as quick to accept defeat on this guess, either.

There’s no denying that what Dallas has done is nothing short of impressive. For their fans and the franchise, it’s been a wonderful run. They’re here to win the Cup, but it’s not just the conclusion that they’ll experience this time around.

Tampa has battled hard for years to get the point that they’re now at as an organization. They are looked to as fierce competitors, year in and year out. The last time they were this close to hoisting the Stanley Cup was in 2015, when they lost out to the Blackhawks.

Mark my words, whether Steven Stamkos is able to rejoin his teammates or not, the Lightning are not letting this chance slip away. Tampa Bay will need six games to defeat the Dallas Stars and win the 2020 Stanley Cup.

Did your bracket predict a Final that included the Stars and Lightning?