You should be spreading your branding wings far and wide by setting up your company profile in as many places as you possibly can. But here are the social media platforms you really need to start with (and better not avoid).

There has been an explosion of mobile applications in recent times, coinciding with the expansion and developments in the digital marketplace. As a result, companies of all sizes, in all industries and in every country have begun to appreciate how mobile applications can increase engagement with their customers. The efforts of app developers allow them to market their products in a way that relates to the modern consumer.

Whether you’re one to ride the tech wave who embraces the progress or an old school traditionalist who prefers an anecdotal face to face sales approach, no one can deny the important role online marketing leads in any effective playbook. Whether a garage startup or a corporate empire, everyone needs a social strategy. Why? Because it’s an avenue that shouldn’t (it really can’t) be ignored. Neglect it and you’re asking for the same of how the world sees your brand – they won’t.

10 years ago, this was a much simpler concept. However, although a less clouded landscape made for a more clear approach, the expansiveness of today’s social media galaxy brings with it not only complexity but additional avenues to take advantage of. It’s all in how you look at it and how far you’re willing to travel within your online journey. At the very least, recognize that even if you aren’t going to be active on a particular platform you might as well claim digital ownership of the branding rights on that site. This way, you not only protect your business name but you also construct another alleyway through which the world can then find you.

That all said, it can be a daunting thought – let alone task – to even begin the process of building a better brand awareness strategy. Don’t be discouraged, be excited. Paving a smooth online road to your business is literally within your reach.

Let’s start with the best places for you to be right now. (Full disclosure: I’m already on all of them – see for yourself.)

No one can deny that Facebook is the king of the social media prom. Although it can certainly claim the crown for kickstarting the social networking phenomena, it actually wasn’t the first of its kind (LinkedIn even came before it). Nevertheless, regardless of whether recognized as a pioneer or an imposter, Facebook has secured it’s spot in social media history. There is no denying that the demographics of Facebook have changed over the years and they will continue to. Simply stated, it’s now an older crowd (and that’s ok). The 50+ aged user is the fastest growing population on the social giant, but that doesn’t mean that those 49 and under aren’t on it anymore. The daily activity trends have fluctuated, but there is a wider audience to captivate than ever before. You just need to ensure your messaging fits your target if you want it to be effective. Which, frankly, should always be a marketing principle of yours anyway.

Facebook should be the foundation of your social media strategy. Use it as the 2nd in line (to only your website), documenting, sharing, and posting any and all relevant company updates while working to acquire as much active engagement and as many positive reviews as possible. Start at Facebook and build beyond.

The Good: It still maintains it’s rightful place as the most active daily network, worldwide.

The Bad: They make it harder and harder for business Pages to be visible, so be prepared to pay for adverts.

The Reality: If you ignore Facebook, expect to be ignored by everyone on it in return.

Twitter is the natural fit for where to fly to next. Based around simplicity, being that it limits its users to posts of 140 characters or less, some found it a little harder to migrate to and preferred the comfort they had created within Facebook. Nevertheless, Twitter persevered and infiltrated a large segment of the social media market. Many were now on both sites, while some stayed isolated on only their favourite. Either way, there began the debate of which was better and there never really can be a legitimate answer as you need a properly comparative question to field a logical debate. These are 2 different worlds. I used to often refer to Twitter as simply the status updates posts of Facebook – that analogy still holds true and that speaks volumes to how well Twitter has maintained its original mandate and how effective it continues to be at delivering on it.

This is by far one of the simplest ways to elevate your #Twitter game. Yet, it's often overlooked. If you could benefit from some #socialmedia advice, give this a read. 🐥🗯 @TwitterCanada @Twitter @TwitterSupport#ProgressYourPresence #Blog #TwitterTipshttps://t.co/vIC3aCvIzZ

There is a lot to enjoy from Twitter that you can’t embrace on Facebook. The purity of it generates a much closer feel between users and that can be translated into how well you communicate your brand’s voice while increasing your customer service reach as well. Even if it seems like it’s more to learn, it’ll be worth it – get on Twitter and get good at it. You won’t regret it and your followers will be happier with you for it.

The Good: There’s a lot less to figure out before you can be actively tweeting away.

The Bad: To be good at it, you need to be willing to spend the time learning, engaging, and keeping up.

The Reality: Social media is for connecting and Twitter makes it feel like a much closer one.

We have been visual creatures long before we sought every like we could solicit online. Instagram hatched an egg that was desperately needed at the time of its launch and it has only continued to develop since. With no signs of slowing down in sight, Facebook purchased Instagram in 2012 and have rode the train fuelled by its success ever since. Many hardcore fans were made anxious by the purchase, worrying it would then become too much like another version of Facebook (which was far from what it was seemingly designed to be). Similar to the Twitter:Facebook relationship, the Instagram:Facebook comparison takes one aspect of Facebook and channels it into a simple and sophisticated world of its own. A world that’s lifeline relies on multimedia. And we love it. Even those who may be weary of Facebook or confused by Twitter can easily adopt daily use of Instagram.

I’d go so far as to say that if you wanted to break the sequence of starting at Facebook, Instagram would be the place for an approved detour. If you told me you refused to develop a profile on all 5 of these platforms (which you shouldn’t tell me, by the way) but you wanted me to pick only 1 to focus on, which do you think it’d be? Oh, have I mentioned that I love Instagram?

The Good: They continues to grow in active users while other monster platforms plateau around it.

The Bad: Any time a new feature is introduced, people are skeptical that it may be the start of the end.

The Reality: Instagram isn’t going anywhere and it will continue to innovate – get onboard now.

LINKEDIN – All Work & Maybe Some Play

Believe it or not, LinkedIn’s fight in the social media ring dates back further in the history book than Facebook’s. And although I understand if you have a difficult time believing it, it’s the truth so you may as well stop the internal debate. Kudos to the platform for still maintaining it’s main objective of being the place that professionals can go to network in the digital age – that’s always been it’s goal. And they’ve done a fantastic job of positioning themselves as such to be recognize for that. However, it’s been no secret that they’ve tinkered with their user experience in recent years and in ways that makes them feel more like, well, Facebook. Those who are drawn to LinkedIn for its professional undertone aren’t fans of such alterations, for obvious reasons, but lets at least give them the benefit of the doubt that they’ll sort it out and keep their handshakes firm along the way.

Not only is LinkedIn the go-to place for the online office of your personal brand, but it should also be somewhere you create a home for your business too. Not only will you then have another place that people can actively find you, but you’ll also further establish your brand. As an added bonus, you can then link to your company page in your personal profile’s work history – this creates more networking potential while enhancing your work history (visually, anyway).

The Good: It’s been around longer than the rest and it’s not going anywhere any time soon.

The Bad: They seem too insecure at times and it leads to some less than welcomed revisions.

The Reality: It’s great to be well liked on the casual networks, but you need to be noticed on LinkedIn too.

It’s a complex world online, but the navigation can be pretty straightforward. If you start at these 5 landmarks, the rest of your journey becomes more enriched. I know these efforts aren’t for everyone and that’s a major part of the equation that led to the birth of Mr. Always Write.

I’ve always taken an interest in the tech world and tend to be the friend who shares reviews of the newest products and progress before others even realized they’re coming. Bringing it to the boardroom, I found myself at the forefront of pioneering online outreach strategies at the workplace. Unfortunately, in many cases my passion was met with hesitation – not because of a lack of trust in my abilities, but because many decision-makers that surrounded me were more content in what was being done than courageous in attempting what wasn’t. Needless to say, I always saw this as a welcomed challenge – to help prove why these were important efforts and develop better strategies, policies, and results. I’ve been effective at helping those less likely to dive, to take my hand and jump with me. The results then spoke for themselves and those that needed convincing became engaged participants. I’ve led a number of digital marketing initiatives for a variety of my past employers and helped transform the way they now coordinate marketing, engage customers, and sell their story sincerely.

If you're not making it easy to be contacted, and a priority to respond, you have to reevaluate your approach. Customers will move on if they their time isn't valued. And I don't blame them. 📨 #ContactMe #Email #Instagram #Twitter #Facebook #LinkedIn

I welcome you to dabble in it all yourself as it’s not my style to strong arm. However, if you find you could benefit from some collaborative help, you’re willing to admit you’re not the expert, or you just simply don’t have the time it takes, we should chat.

Are you more active personally or professionally on social media?
What other platforms is your business represented on?
Where do you wish you saw more success online?

P.S. Where did you start your online outreach strategy? I’m curious how similar (or different) our paths may be. 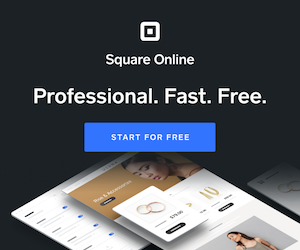